Planning a movie marathon this weekend? Be sure to make room for these homegrown flicks! These memorable Singapore movies are available on streaming sites such as MeWatch and Netflix. They portray the highs and lows of everyday Singaporean life. Above all, they provoke reflective thought. Therefore, to save you the trouble of scrolling through endless movie catalogues, here is a list of the best Singapore movies of all time.

Ilo Ilo is a debut film by Singaporean writer-director Anthony Chen. It is a film that takes inspiration from his own childhood. The film’s protagonist is a 10-year-old, Koh Jiale. Jiale is a boy who struggles to obey his parents. He also gets into trouble at school. In one scene, Jiale tries to flee on a bike from the household’s Filipino housekeeper, Teresa! However, as the movie progresses, a bond slowly develops between Teresa and Jiale. To Teresa’s surprise, Jiale begins to express his affection in small, subtle ways. As a result, Jiale’s mother becomes resentful.

You can’t help but empathise with the family’s daily tensions in Ilo Ilo. For instance, Jiale’s mother was stressed when her husband lost his job. Jiale’s father also added to the pressure when he made bad stock investments. Ilo Ilo is therefore a heartwarming film. The ups and downs of family life in Ilo Ilo is definitely something we can all relate to.

We hope you love Singapore movies! If you don’t, I Not Stupid is a great way to start. I Not Stupid is Singapore’s iconic social commentary and comedy. The film is centred on the competitive education system in Singapore. Terry, Kok Pin and Boon Hock are the three Primary 6 boys starring in this film. In the film, the three boys reflect on their day-to-day realities and adventures as EM3 students. All parents want their children to succeed and do well. However, not all children are academically inclined. Can you recall your school days? Did academic results mean everything? For Terry, Kok Pin and Boon Hock, the struggle is real!

Jack Neo, who directed the film, has peppered the film with witty jokes close to the heart of Singaporeans. Moreover, the film brings across important family and societal values. To relax, enjoy and reminisce your good old days in school, top off your binge watching list with I Not Stupid.

Royston Tan pays tribute to Singapore’s getai industry in this emotional rollercoaster. In the spirit of getai performances, which are usually held during the Hungry Ghost Festival, the film features the use of popular Hokkien tunes. 881 is a tale of two orphaned best friends, Big Papaya and Little Papaya, who are determined to succeed in Singapore’s competitive getai industry. The girls therefore often faced fierce competition. This film is also a true tear-jerker. Cry your heart out as Big Papaya journeys with Little Papaya in her battle with cancer.

881 is therefore a defining film for Singaporeans. You can expect the lights, colours and sounds of the getai industry in this film! In addition, be wowed lavish costumes and blinding lights. In conclusion, 881 is a truly Singaporean production. It encourages you to live life passionately and spiritedly.

Much to the delight of Singaporeans far and near, local filmmaker Jack Neo returns with a heartwarming Ah Boys To Men movie franchise. Ah Boys To Men II is the second of four films in the series. It is centred around the coming of age of boys in National Service. Singaporeans have greeted the film with warm reception when it was first released. Be sure to add Ah Boys To Men II to your watch list!

The film’s protagonist is Ken Chow. He returns to National Service in Ah Boys To Men II and is determined to be the best recruit. However, Ken’s change in attitude proves to be a source of conflict between him and his section mates, especially Lobang.

The film demonstrates the pressures on boys of being put away for two years in the armed forces. It portrays the pains of separation from family and friends. Overall, however, Ah Boys To Men II made the time spent in National Service seem more joyful than expected.

Unlike the above films, A Land Imagined is a neo-noir option. Director Yeo Siew Hua takes us through a local cop’s investigation on the mysterious disappearance of a Chinese migrant construction worker, Wang. Before he went missing, Wang spent sleepless nights playing video games in hopes of forming a human connection in a foreign land. As the local cop digs deeper into the case, he discovers more than history buried under the sand at a construction worksite.

Siva is a Singaporean-Indian ex-convict. After eight years behind bars, Siva was released. Even upon his release, Siva was homeless and abandoned by his family. He decides to begin his search for his ex-wife and daughter in an attempt to try to rebuild his life. However, Siva was unsuccessful. He therefore starts forming a bond with an illegal Chinese prostitute, Chen Chen, while serving as her bodyguard. Thereafter, Siva married Chen Chen.

A Yellow Bird gives a voice to minorities in Singapore by demonstrating racial discrimination through the eyes of Siva. This theme is blended with the experiences of marginalised groups in Singapore, who may feel estranged or dislodged from society.

You may have heard of Kallang Roar, but have you heard of Kallang Roar the Movie? Equipped with a team of legendary footballers such as Quah Kim Song, Rajagopal, Samad, Mat Noh, Dollah Kassim, football coach Uncle Choo sets out defiantly to restore Singaporean pride. Even when met with rejection in Singapore due to his lack of paper qualifications, Uncle Choo waited patiently for his turn to contribute. Uncle Choo was an inspirational character. As the film unfolds, you will find that it was none other than Uncle Choo’s will, grit and passion that fuelled the team’s sporting might.

Set in the 1970s, Kallang Roar the Movie is about one man’s love for his country. However, look past the budget constraints and occasional directorial mishaps. You will find yourself feeling proud and inspired by the past achievements of our very own countrymen.

Min, a fashion photographer flies home to attend her grandmother’s funeral. She makes arrangements to sell off her family’s old photo studio. However, she decides to return her grandmother’s favourite photos to the people she photographed. Short stories of all kinds were reminisced by these characters, whose lives revolved around a former amusement park in Singapore.

You can expect nostalgic and heart-warming scenes in It’s a Great Great World. Enjoy glimpses of the rides, sights and sound of an entertainment epicentre in this film! Each romantic and testy tale is beautifully brought to life, but dig deeper to realise how we should not just discard the past as some memories are worth holding on to.

Rounding up our list is a goofy, light-hearted film about Wang Lihua. In the film, Wang Lihua, played by Fann Wong, takes over a retiring triad leader’s loan shark operation. While beating up a debtor one day, she recognises the consequences of the use of violence. Wang therefore makes plans to restructure the loan shark’s operation with the aim of achieving gentler debt collection. She also organises a community event to sing empathetic tunes about loan sharks and to promote friendlier loans. However, senior members of the triad were unhappy with these modern methods. Mark Lee, who plays an effeminate dance instructor, is the narrator for the movie. Desperate for a husband, Wang also pressures the dance instructor into marrying her!

Ah Long Pte Ltd changes how we think of loan sharks. They are not always heartless, as filmmaker Jack Neo shares. Apparently, there are kinder loan sharks as well. In addition, the film also challenges social norms. Unlike Wang, loan sharks were mostly men. Furthermore, Wang also the one who proposed to her husband. This rarely occurs in the Chinese culture.

Ready to connect with family and friends? Transport yourself back to simpler times through some of these movies and enjoy the familiar themes and scenes. Whether it is a light-hearted movie or film noir, Singapore movies are productions that are close to our hearts. Show your support for local talent and filmmakers. Add these Singapore movies to your watch list! 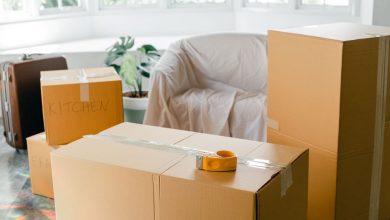